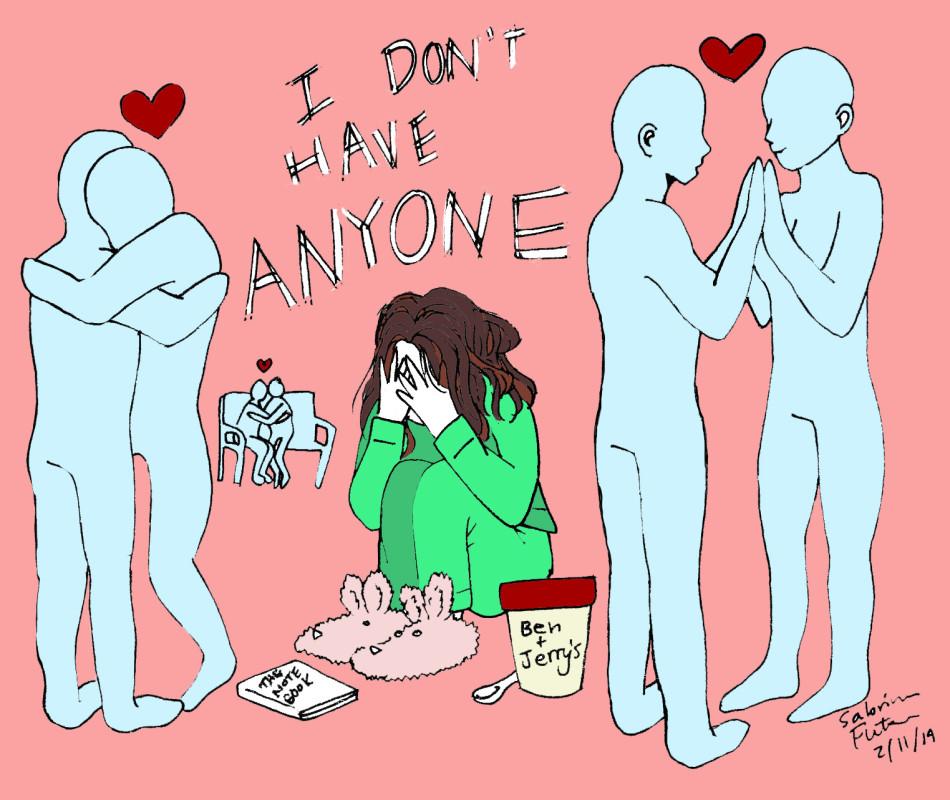 Remember in elementary school when all the girls would give all the boys valentines and vice-versa? No one cared that one person got five valentines, while another only got two. It was just a day of an unbelievable amount of sugar.

Now, the first things that come to mind upon hearing the words “Valentine’s Day” is chocolate, hearts, roses, tissues, and pints of ice cream. Valentine’s Day has turned into a day to celebrate, or cry over the state of your love life.

Valentine’s Day is meant to celebrate all kinds of love, whether it be romantic or not. But people have twisted the meaning into: “If you don’t have a boyfriend/girlfriend, you will be sad and lonely on Valentine’s Day.”

Valentine’s Day was created for Saint Valentine of Rome. Since it was very unlikely that soldiers would return from war, the king forbade any soldiers from marrying for the sake of the women whose husbands were likely to die in battle. Saint Valentine held marriages in secret for those forbidden from tying the knot. And thus, the holiday of love began.

I could not count on both hands the number of Facebook statuses on Feb. 14 saying, “Don’t have a date for Valentine’s Day </3” or “Forever alone on Valentine’s Day.” It saddens me that people think that if they do not have a date for the day that makes them sad and pathetic. Valentine’s Day should be spent appreciating everything you love and everything that loves you, not tearing up your ex’s photo or crying into a pint of ice cream as you watch “Love Actually” and “The Notebook.”

Valentine’s Day should not be spent boasting about relationships or spending an incredible amount of money on Hallmark cards and expensive boxes of See’s candy. Nor should it be spent thinking about how alone you are simply because you are not in a relationship.

Have a very happy Valentine’s Day, and I mean that literally. Be happy that you have people who love and care for you, regardless of whether or not that is a boyfriend or girlfriend.