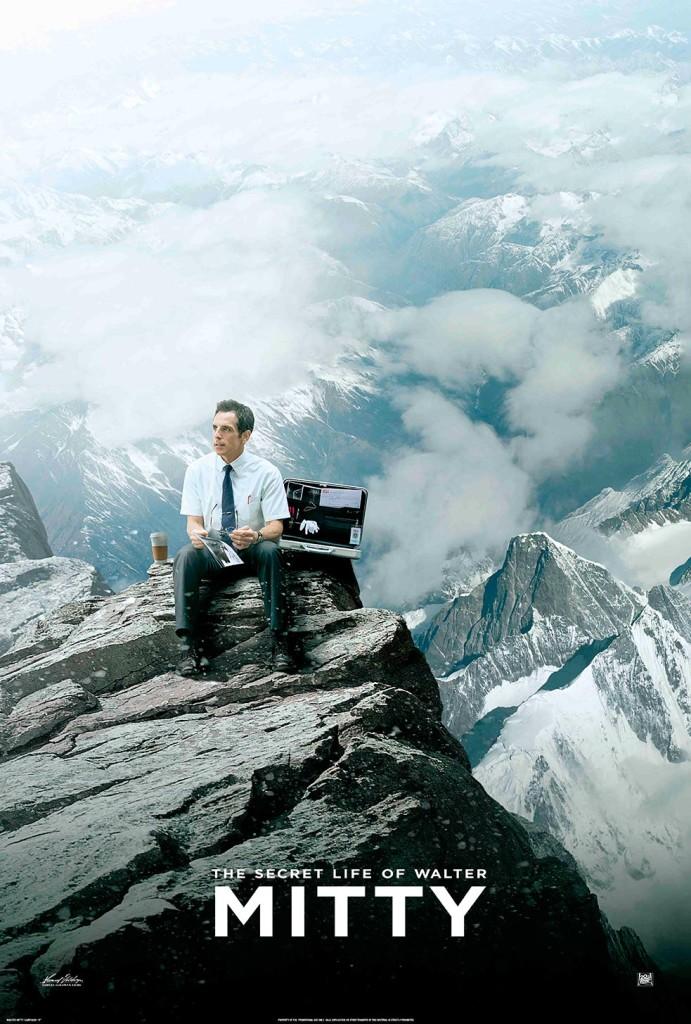 Who has not spent at least five minutes sitting in math class, dreaming of hopping on the next plane to a foreign country instead of learning what will be on the next big test? “The Secret Life of Walter Mitty” tells the story of a man who does just that. Walter Mitty has an ordinary life, but he decides to change it up a bit.

Ben Stiller stars, directs, and produces (is there anything he can’t do?) his latest movie, which is based on the 1939 short story written by James Thurber and published in “The New Yorker” magazine.

The movie starts with Walter Mitty (Ben Stiller) balancing his checkbook and checking his eHarmony account. He sits at his table with his computer in his short-sleeved dress shirt and metal briefcase. Walter works at “Life” magazine, and has just received film negatives for the cover of the last printed issue of the magazine before the publication moves to Life Online.

The negative he is looking for, however, is missing. He decides to take a trip to find the incognito photographer who might have the missing negative, while trying to impress his work crush, Cheryl (Kristen Wiig). With his job and those of his co-workers threatened by the upcoming move to an online magazine, Walter is determined to find the negative before Ted Hendricks (Adam Scott), the new HR person who has a habit of embarrassing Walter, fires him.

Walter runs to the airport and gets on a plane and flies to Greenland, where he jumps on a helicopter (literally) on his journey to find the photographer and the special negative.

The locations are breathtaking. Mountains tower over spotted towns on rolling green hills, and deep blue oceans surround the beautiful islands. One particular scene, where Walter longboards down a winding 17-kilometer road down a huge mountain, is beautiful.

Ben Stiller portrays Walter Mitty with grace and humor. He adds relatable awkward moments like waving to someone who is not waving to you. He also adds adventure and the ability to enjoy all the little things into Walter’s life.

Kristen Wiig portrays Cheryl, a divorcee with a 10-year-old son who just started her new job a month ago, with sarcasm and kindness. She can crack jokes, but also inspires Walter to “go and crack the case” and helps him on his journey.

The soundtrack consists of old-school Beatles songs and indie songs I had never heard before. The music nicely corresponds to the scenes and is an interesting and beautiful addition to a somewhat flat movie. The cinematography matches the soundtrack with interesting camera angles consisting of many bird’s-eye view and peeking behind objects.

Besides the aspects that make the film pleasing and interesting to the eyes and ears, the rest of the movie is pretty one-dimensional. It does not have a lot of substance to it, and it is very predictable and cheesy.

The transitions between scenes are also awkward and abrupt. The whole second half of the movie is confusing as to why and where Walter was suddenly back in New York when a minute ago he is in Iceland.

Then, when Walter returns to another continent to track down the photographer who suddenly was in Afghanistan, he is again suddenly sucked to Los Angeles, and in handcuffs. It was hard to tell where he was at times because the transitions were too sudden and without explanation.

A movie that could have had a lot of substance, meaning, and intricate detail turns out to be a one-dimensional film that does not go deep enough into the story. While the characters are well portrayed, the storyline and script lack depth. It is cute, but not enough to spend $10 on. I recommend this movie for those Saturday nights when you have nothing to do and want some good entertainment.