The Seabury Tides • May 14, 2020 • https://seaburytides.org/3175/student-life/seabury-hall-athletes-keep-training/

The spring sports season ended before it started, but the Spartans haven't slowed down. 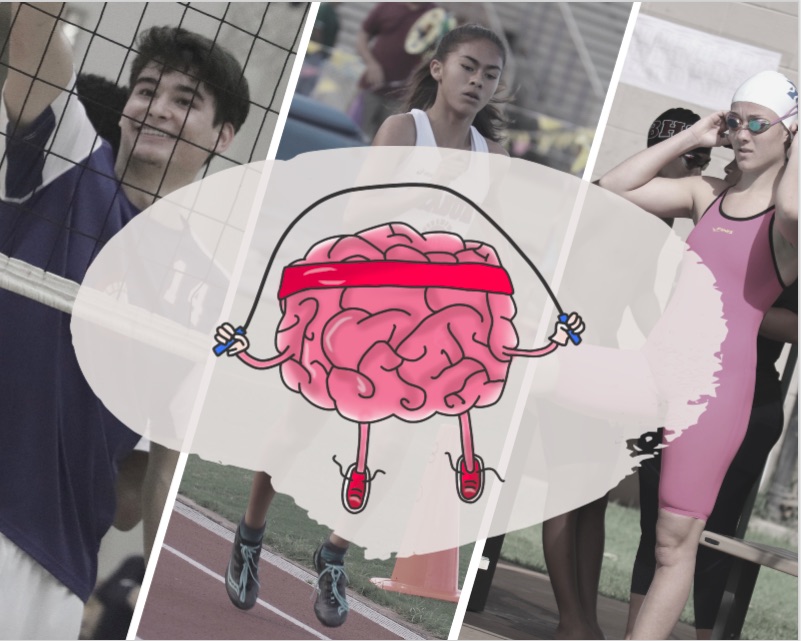 Although the Hawaii High School Athletics Association (HHSAA) officially ended the spring season of sports for this year, many Seabury Hall athletes have chosen to stay positive and continue their training.

On the afternoon of March 13th, student athletes across the state were made aware of the suspension of all high school sports leagues, including the Maui Interscholastic League.

At that time, the Seabury Hall Spartans remained hopeful that their spring sports would resume before the end of the school year. A month later, the spring seasons were officially cancelled.

Teams had just started their seasons when the news came and were unsure about how they could proceed. It has been hard for some of these athletes to remain optimistic. Many are seniors or college recruit hopefuls.

However, a large number of them have chosen to remain positive and continue their training, even if it may not be up to the standards they usually expect.

Senior Kai P., a dedicated three sport athlete, was in the middle of his volleyball season and had looked forward to finishing his Seabury career off strong before plans changed.

“The whole athletic scene has definitely taken a blow since the start of quarantine, yet that doesn’t mean that this will be the end,” Kai remarked positively. He has turned this rough period into a time for self improvement. “Honestly this has been a great time for me to be ‘greedy’ and work on myself without thinking of a team.”

Kai has been on a team for eleven sports seasons in high school and exercieses regularly when he is not. Presently, he has had little time to really reheal. Now, on a daily basis he has been able to go on runs, do calisthenics, and his new favorite activity: yoga.

“I cannot stress enough how much yoga has improved my chronic pains and how much it has allowed my body to relax while staying in good shape.”

Although Kai does not have access to a lot of things he normally would at the gym, he has made adjustments to his training and encourages others to make this switch. He also believes in the importance of not comparing oneself to other athletes because it can deeply interfere with a person’s ability to see their own limits. He remarked that if somebody does not know what they need to work on, they will never grow.

Before the pandemic, senior swimmer Madison E., was always training at the Kihei pool with her team during early morning and hot afternoons. The pool has been temporarily closed due to state social distancing regulations.

“Being out of the pool has made me realize how important my schedule is. I feel my most responsible and put together when I’m busting through those practices because it keeps me focused on my goals,” Madison replied. She said she is able to reflect on herself as she settles into this new situation.

Although Madison enjoys her time of relative relaxation, she believes that it will be important for her to keep a steady routine so that she can stay on track when she gets back in the pool.

This situation has also been difficult for the younger athletes at Seabury . Sophomore Kaylee V. runs for both the cross country and track teams. Since her team had hopes of winning their title, the cancellation of the season hit her pretty hard.

“Although it is sad, I keep in mind that I still have two years to accomplish the goals I set for myself. I am also able to reflect on how lucky I was to start the season with a great group of girls that supported and cheered each other on,” Kaylee remarked with gratitude.

However, Kaylee has continued to train and she looks forward to future seasons, even if it may be without her beloved seniors. Kaylee is continuing her training by lifting weights and keeping a competitive mentality. She looks at running as being a good way for her to get out of the house and have fun.

While those who may not have the opportunity to continue their training may be disappointed by recent changes across the world, Seabury athletes are beating the odds of this quarantine through their dedication to their sports and exercising for enjoyment.