Film Review: ‘Tomb Raider’ is an exciting twist on a classic video game 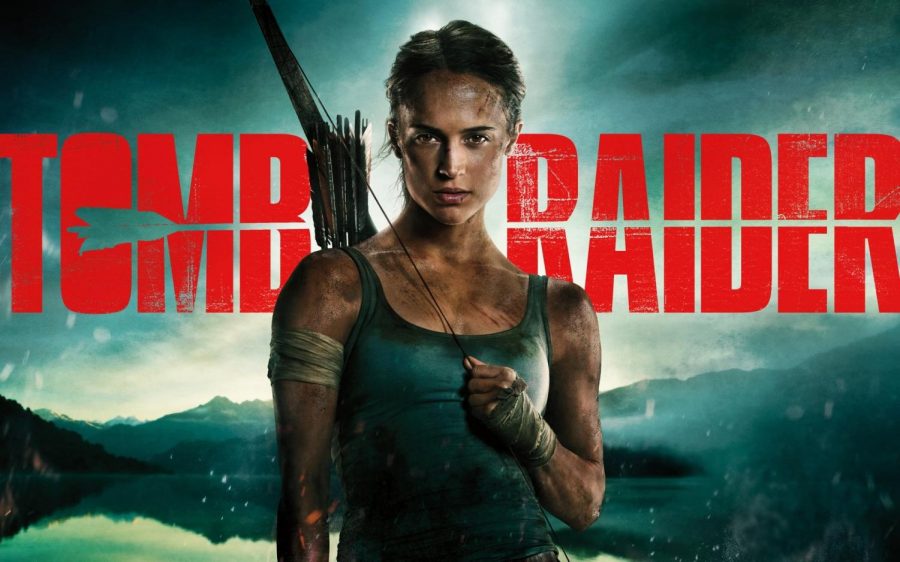 “Tomb Raider” starts with Lara living in London with her guardian. Immediately, we are introduced to Lara’s tragic past of a deceased mother and missing father. Although everyone believes her father is dead, Lara never gives up hope. She then discovers a secret study belonging to him, where she unearths with his secret love of the supernatural and his potential whereabouts. She decides that she must travel in search of her long-lost father, and there the adventure begins. When she finally gets to the island she believes her father, she and her new friend Lu Ren (Daniel Wu) are captured by Mathias Vogel (Walton Goggins) who claims to know Lara’s father. He enslaves them to search for the lost tomb of a Chinese queen, the same tomb her father was looking for

Alicia Vikander brings Lara Croft to life in a whole new way as she leaps across planes, climbs cliffs, and explores a booby-trapped tomb. She gives the character a relatable and vulnerable tinge by showing her fear and pain while still staying true to the character’s natural courage.

But it was not without great effort that Vikander played this role. She had been dreaming of being an action heroine since she was little, and when she got the role she worked for it, Vikander trained tirelessly with a trainer in a three-cycle core program to make her as strong as Lara Croft herself and ate on a diet of five meals a day packed with veggies and protein. She even woke up at 4:00 AM on most days to get in a complete workout before going to set.

I was hoping to see more of Lara’s sidekick, Lu Ren, who reluctantly becomes her transport. He is such a humorous, brave, and complex character that I would have seen a movie just about him. A side plot about him would have been a great addition to this already great movie.

Although the plot was quite realistic, the special effects were not. Yes, I know action movies usually aren’t because the hero of course can’t die, but I really had higher expectations for this movie, because of the storyline. Although we admire Lara’s strength, no one can fall tens of feet into rocky rivers and avoid being hit by every single rock that comes her way while still running in a relatively straight line. They take away from the realism and relatablility of the film.

And of course, we can not forget the villain character, who has a grudge against Lara from the beginning because her father is the one preventing he and the his men from finding their prize. They have been constantly searching on that island, and they can not leave unless they find what they are looking for.

I liked this villain because he was more than just you everyday villain who is bad to the core wanting the worst for the character, for no good reason. This villain was more complicated, and does not do this solely out of the evil of his heart but because he works for a organization called Trinity, and they put him there to carry out his orders seven years ago.

In all, the dialogue was exciting, but sadly, often I could not understand it. I do not know if it was the accents, the background noise or just the theater itself but I struggled to hear the words. More than once I turned to my friend to ask if she understood what they had just said because I could not.

The world needs more great action films, and “Tomb Raider” is suspenseful and action-packed, and it ends on a cliffhanger that will have you leaving the theater wanting more, feeling empowered, and, frankly, invincible.