Film Review: ‘Murder on the Orient Express’ boards the train to quality 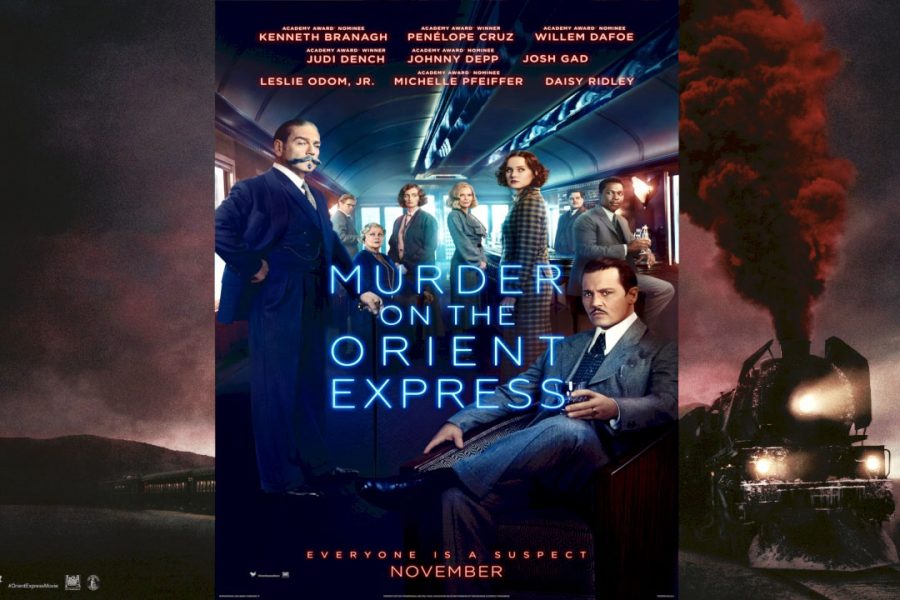 So says Mrs. Hubbard, an American widow, referring to the world’s greatest detective, Hercule Poirot. She sits outside, alongside other passengers of the Orient Express, such as Mr. MacQueen, the now former assistant of the victim played by Josh Gad, and Mrs. Estravados, a Spanish missionary, at gunpoint, as Mr. Poirot attempts to discover the killer, but struggles to do so.

Ample evidence makes it difficult to pin down a potential culprit: a pipe cleaner was found at the scene of the crime, and only one passenger on the train smokes a pipe. A handkerchief with “H” sewn into it could only belong to the Countess, as the only other person on the train with the initial of “H” is not wealthy enough to afford a weave so expensive. The conductor outfit’s sleeves reeked with the stench of bourbon, with Mr. MacQueen being the only one with a flask full of bourbon.

These types of scenes are common in “Murder on the Orient Express,” a mystery movie directed by Kenneth Branagh, based off of the novel of the same name written by Agatha Christie. Her brilliant mind has created some of the greatest mystery stories ever published, so it would be a no-brainer to make a movie off of her novels.

The story revolves around the supposed greatest detective, Hercule Poirot, played also by Kenneth Branagh, who boards a train known as the Orient Express in order to escape the constant requests he gets to figure out a seemingly impossible mystery. Unfortunately for him, a passenger on the train, Lenfranco Cassetti, also known by the alias of Samuel Edward Ratchett, played by Johnny Depp, is murdered after an avalanche stopped the train in its tracks.

If Mr. Poirot is unable to find a murderer before they are dug out by the rescue effort and sent on their way, then the killer would be picked at random by the police, with the “culprit” being heavily biased by ethnicity. This sends Poirot on a race against time, interviewing every passenger, finding the tiniest discrepancies and pieces of evidence that’s almost like a wild goose hunt from the diversity of the evidence.

The story has heavy themes of revenge throughout the movie. Every passenger in the train appears to have a reason to hate Mr. Cassetti, which makes the murderer even harder to track.

The costumes give an authentic feel to the film, and immerse you in the time period: 1934. The sets, specifically Jerusalem and the train, are also fantastic, and also give the theme of being around in 1934.

The CG, however, despite the only occurrences of CG in the movie being the train leaving the city and close-up shots of the wheels, is quite easy to notice if you put the train next to people, which one of the first scenes does. When the CG is not shown next to a real object, however, then it makes it harder to notice.

Because of all these pros, the movie is engaging enough to where it gets you thinking, and even though you know you probably won’t solve the mystery, the possibility of solving it was enough to get you there in the first place, and if a mystery movie gets you thinking, you know it’s great.