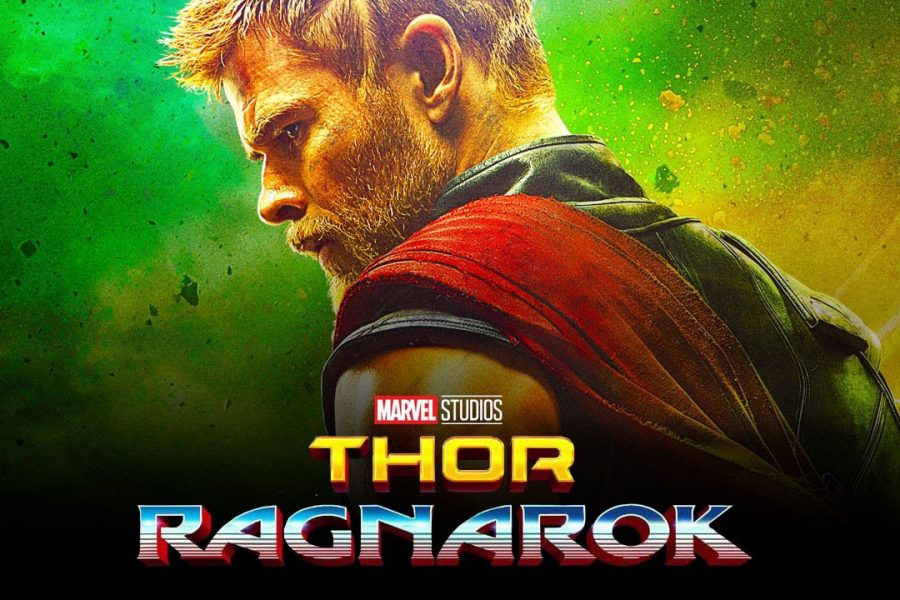 After four years, the God of Thunder returns to the big screen for his third solo feature: “Thor: Ragnarok.” In the previous films—“Thor” and “Thor: The Dark World”—the franchise lacked the unique stylistic direction that was prominent in “Thor: Ragnarok.” The two forgotten films still brought in big bucks for Marvel; however, now they are both overshadowed by the third film in the franchise, which has brought in over $790 million worldwide in the first month. While its success over its predecessors is evident, there are certain aspects that make the epic comedy “Thor: Ragnarok” so successful.

The movie opens with Thor (played by Chris Hemsworth) imprisoned in a hellish landscape by his captor Surtur. Right off the bat, the audience can expect in what direction this movie is headed with some funny one-liners from Thor. As Surtur attempts to give the typical “I will destroy your home” monologue, Thor interrupts with some hilarious dialogue. This sets the fun tone for the rest of the film. At the theater I attended, the room erupted with laughter at this opening scene, and it kept me wanting more.

The movie continues as Thor escapes from Surtur and returns to his home, Asgard. The conflict continues, however, with Thor’s sister, Hela (played by Cate Blanchett), when she makes her dramatic return to her home. After banishing Thor and Loki to a planet surrounded by wormholes called Sakaar, Hela reigns with terror upon Asgard. Her plan is to once again, attempt to conquer all of the five realms.

While Hela is executing her malevolent plan, Thor is imprisoned, once again, on Sakaar, a planet that looks like the people are from an 80s music video whose… While there Thor meets the Hulk and a fierce fighter that was once from Asgard. Together they plan to stop Hela and save the five realms.

As if they hit the reset button on the franchise, Thor shifts its genre towards a buddy comedy with its comedic screenplay—much of which apparently was improvised by the cast—thanks to its new direction under the New Zealand director Taika Waititi. This is Waititi’s first movie as a director (and actor as the voice of Korg) in the Marvel Cinematic Universe, and his fresh take on the film not only connects well with the other Marvel films, but also stands out from the rest.

Although sometimes the comedic elements fail to deliver genuine drama due to the occasional scene oversaturated with comedy, “Thor: Ragnarok” still manages to keep you on the edge of your seat while in suspense and laughing out loud.

“Thor: Ragnarok” is not the typical superhero movie, although it still has a typical superhero plot. It was refreshing to see the Thor franchise go through a “Guardians of the Galaxy”-esque transformation, and Thor steps out of his role as an royal Asgardian prince, and into one as a comedic warrior.