Film Review: ‘Almost Christmas’ is almost worth seeing in theaters this holiday season 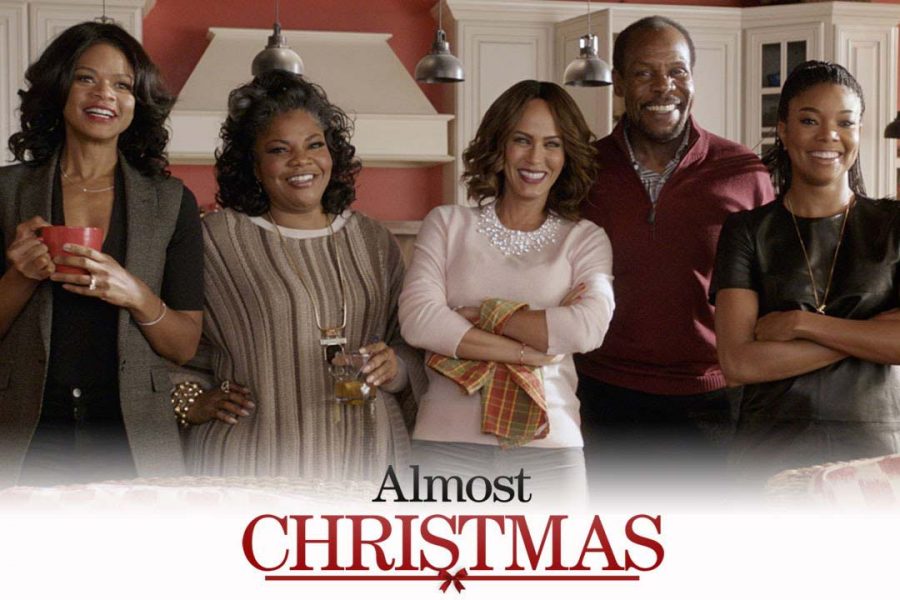 As the holidays approach, “Almost Christmas” will help you remember what matters most about Christmas, which is family. “Almost Christmas” is a movie that you will definitely want to catch while it is in theaters. This movie is bound to make families appreciate how good they have it and become closer to one another.

Meet the Meyers, a dysfunctional family who just wants a nice Christmas. Danny Glover plays Walter, a widower who just wants a nice Christmas. Gabrielle Union plays Walter’s snappy daughter Rachel, who claims she doesn’t need a man to support her. Kimberly Elise plays Rachel’s argumentative sister Cheryl, who always finds something to complain about. Mo’Nique plays Walter’s feisty sister-in-law Aunt May, who is the backbone of the whole reunion. Jessie Usher playing Walter’s enthusiastic son Evan, a star athlete recovering from a serious injury. Romany Malco playing Walter’s busy son Christian, who is running for mayor while doing some unlawful deeds that his father looks down upon.

In the beginning, Walter’s life is shown from when he marries his wife and through the times of them having kids. This goes all the way up to Christmas of 2015. The family is all together and having a wonderful time. After this, the movie transitions to Walter as he is preparing for his wife’s funeral months after Christmas 2015. The approach of the holidays brings viewers to Walter’s house preparing to be with his family for Christmas 2016, when the real action begins. From affairs to revelations, “Almost Christmas” has twist and turns at every moment.

However, the movie seems to get too serious at times, as I was expecting for the movie to stay comedic for most of the movie. Towards the end, I felt like it became way too serious to enjoy for my liking. They could have thrown a couple more jokes or comedic lines in as well.

I personally feel like the writers could have gone into some scenes a little more in terms of comedy and length. There were some scenes that sometimes felt too short or felt monotonous. One example was when Aunt May arrived, and was a very boring and long scene. She just kept talking casually with Glover, and I did not particularly enjoy that.I felt like it left me hanging and was the movie did not seem to have the same amount of energy as the trailer suggested.

This movie also seemed to be too predictable at times, but the cast did a solid job of fooling the audience. I particularly liked J.B. Smoove’s performance in the movie as Uncle Lonnie. He played his part as if he were the character and threw a comedic spin with his lines that made him seem as if he was actually Uncle Lonnie.

While the movie was enjoyable, I believe it did not live up to the expectations I had for it. It was a very funny movie, but became too serious at times. However, I feel that this movie could definitely come out with sequels, as long as they keep getting better and better.

As Christmas approaches, more and more buzz about the holiday will arise, but do not forget to see “Almost Christmas.” I would advise those reading this article to see this movie if you are looking for a good laugh.