Film Review: ‘Miss Peregrine’s Home for Peculiar Children’ is not so strange 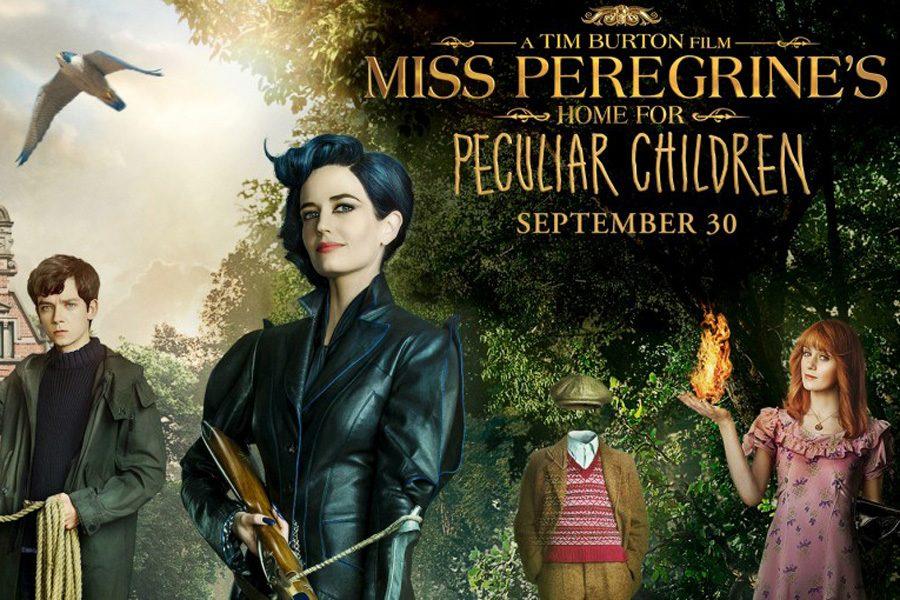 Sadly, I left the theater feeling as if the movie was not as intriguing and strange as it could have been. Instead of being drawn into a magical world that I was drawn into while reading the book, I never really got into the movie or felt the layers that were in the book.

Jake (Asa Butterfield) is a lonely teenage boy who only really has one friend: his grandfather. When Jake’s grandfather suddenly dies one night, the police are quick to determine that his death is caused by a heart attack. Jake believes due to some mysterious creatures he thinks he may have seen and the fact that his grandfather’s eyeballs had been scooped out that the death is not due to a heart attack but possibly a murder. Jake’s trauma therapist recommends that he goes to Wales where many of his grandfather’s stories of a woman named Miss Peregrine and her house for peculiar children take place so that he can get a sense of closure.

When Jake and his father reach Wales, Jake immediately sets off without his father to see the old children’s home that he believes his grandfather made stories about. Once he reaches the house, he sees some odd children spying on Jake. Jake passes out suddenly, and while he is sleeping, the children take him to a different time in history without him being aware of the time change. Jake wakes up and runs back to his hotel to find it no longer a hotel but a lively warm restaurant where he finds himself in trouble with the owner of the restaurant. However, the children he saw at the home come to his aid and take him back to the house, and that’s where the adventure begins!

The movie starts off with a good introduction that really draws in the audience, but as the film goes on, the events of the movie become predictable and after about thirty minutes into the movie all interest is lost. The movie has a simple plot line that is not as developed as the book’s plot was, and doesn’t live up to the best-selling book.

The actors for the movie are very well casted from their looks to their voices, but the movie never really goes too deep into the characters, and though they are supposedly odd and strange, the children they feel dull and not as peculiar as they could have been. The only characters that really feel to have some layers to them are Emma (Ella Purnell) and Enoch (Finlay MacMillan), for Emma has a large role in the movie and Enoch is just truly weird.

The star, Asa Butterfield, is a good actor and good with facial expressions, but sadly, his character is not interesting or very developed, which makes him a boring character.

Although the movie is overall boring and dull, there are a few magical and uplifting moments, such as when Emma, one of the peculiar children, takes Jake the main character to her special spot, and they share a moment together that intrigues the audience for about a total of five minutes.

Overall, the movie isn’t too different from the book but lacks the layers a movie should have and provides undeveloped, uninteresting characters. It would have been a more enjoyable movie if the plot was not so predictable. I went into the theater hoping to experience and become part of a magical world, and although I did experience a few fun scenes, I was disappointed in the movie and Tim Burton.