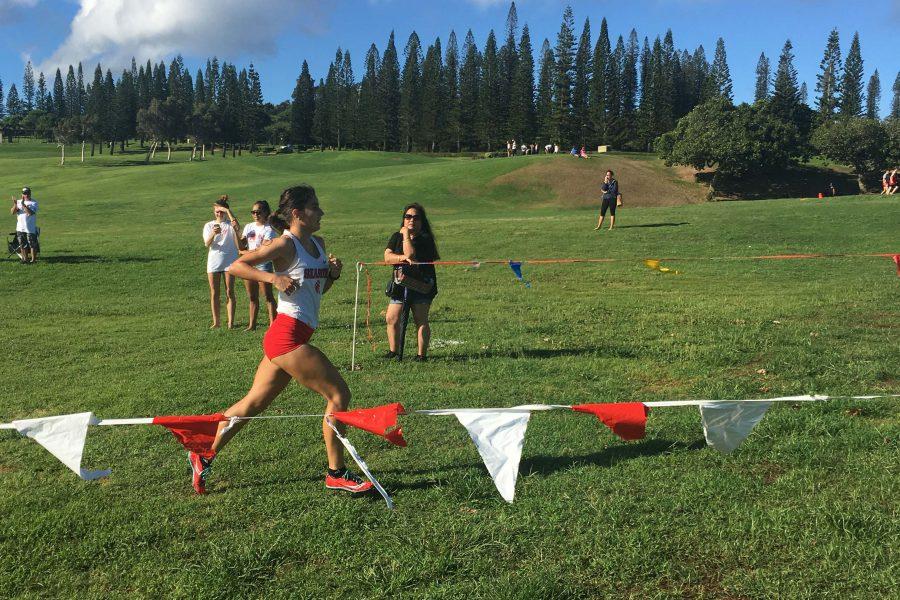 Thanks to strong runners and effective coaching, the Seabury Hall girls cross country has been on a winning streak with a record of 10 MIL titles since 2004 and four state Division II titles since 2012 in a row.

Not only has Seabury Hall won MIL and state Division II titles, but the team has also won every meet they have competed in so far this season. Most recently, the varsity team won the HPA invitational on the Big Island, and the JV team won the Seabury Invitational on Saturday, September 24. Seabury Hall is now ranked first in the state.

The Seabury Hall cross country team is coached by Bobby Grossman, who has been coaching at Seabury Hall for eight years. Each season, Grossman is not alone is leading the team because each season he has a captain or co-captains for the team. This season the two girls cross country captains are senior Ava Shipman and junior Veronica Winham (Winham is also a staff writer for the Seabury Tides).

Grossman believes that some exercises help his runners performance such as their warmup mile, drills, and repeats. He said his secret to success is “making them believe that they can be successful with hard work and getting people to believe to trust themselves that they can push themselves throughout practice and the meets.”

The team practices every day and trains hard to do well at their races. Co-captain Winham stated, “It’s fun being successful but a big part of it is working hard and we definitely train hard to get to where we are it just doesn’t come naturally.”

The team’s goals for the season are for everyone to show up to practice and have a good experience. The team also hopes to win the JV Champs for the MIL, then go on to win Division II, and hopefully to beat Punahou at the States Championships

Grossman believes by the end of the season people might call this season’s girls cross country team the best group of girls yet.

The Seabury Hall girls cross country team will have their next meet on October 1, 2016 located at Kamehameha Schools Maui at 3:30 PM.