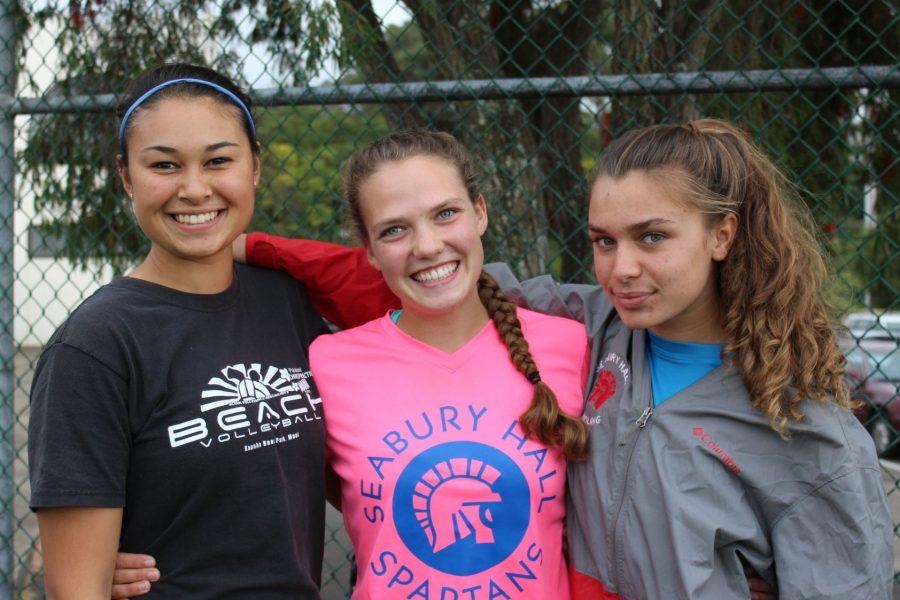 The players from last year’s girl’s softball team shared fond memories and great experiences with their coaches, captains, and teammates. The team even got so close that they recognize each other as a form of family.

Many of last year’s players and staff, including their captains and coaches, did not return for another season. But although last year’s members are missed, this year’s team is still able to carry a friendly momentum between the new and experienced players, while also continuing to have a fun season.

This year, the team is made up of primarily new players. While some of the new faces have had some experience with softball, most of them are new to the sport. There is a greater ratio of inexperienced players than the experience players; however, this setback hasn’t been too much of a problem for the softball team.

“Because we have a lot of new girls, we have just been trying to do our best and teach the sport,” said co-captain Milena LaMonica. “We’ve progressed since the beginning of our season, and I hope that we will continue to keep on progressing.”

Isaac Hui took over the mantle of head coach for the softball team after the previous head coach, Andrew Burger, who left to move to the mainland at the end of last year’s season. Hui has had plenty of experience both playing and coaching softball and baseball for the last 20 years, so coaching the team is nothing new to him.

Coach Hui is also assisted by the team’s three new co-captains: senior Phoebe Fickbohm, junior Marina Northey, and junior Milena LaMonica. Each of the captains has been a part of the softball team since their freshmen year, but this is the first year that the girls have been given the role as captain.

Despite the diversity between grade levels and experience between the players, the entire softball team is able to get along as both a team and family. The captains help play an important role.

“It was surprising on how well all the grades get along together,” said freshmen Nanea Andrade. “All the upper school people and the freshmen to the seniors getting along as a family.”

The girls can be found practicing batting at the Seabury Hall campus on Tuesdays and Thursdays. On Mondays, Wednesdays, and Fridays, the team is practicing defensive fielding at Eddie Tam. Many girls are new to the sport, so they are learning the rules and fundamentals of softball for the first time while also improving their abilities.

While the team has have shown successes coming together as a team, they have had a rough start when it comes to the games. They initially lost their first four games, with a 0-15 and 3-19 against Molokai and a 0-14 and 0-11 against Lanai.

Nethertheless, all the players have shown great improvements between each game and their recent wins, which is only proof of the team’s vast improvement. This can be further proven by the girls recent wins against Saint Anthonys with a 16-4 score and a team forfeit. They also managed to beat Hana once with 20-14 score, but while only losing the second game by one point in 10-11 score .

Coach Hui said, “I think each girl had her personal highlight. I think they are all getting better every game and every day.”

The coach and players still remain optimistic for what is to come for the rest of the season. No matter outcome happens in the remainder of the season, the girls will no doubt be having fun.

“So far, the score hasn’t reflected on how we’ve been playing as a team, but I think towards the end we’ll get better and right now just hard work is going to get us where we want,” said Fickbohm.

Despite some setbacks, the players had a great time this season and continue to look forward for not only what is left this season, but also for future seasons as well. While some players may not return next year, they will always been new players to join in and bring fun experiences to the team.