Film Review: ‘Star Wars: The Force Awakens:’ The Force is strong with this one. 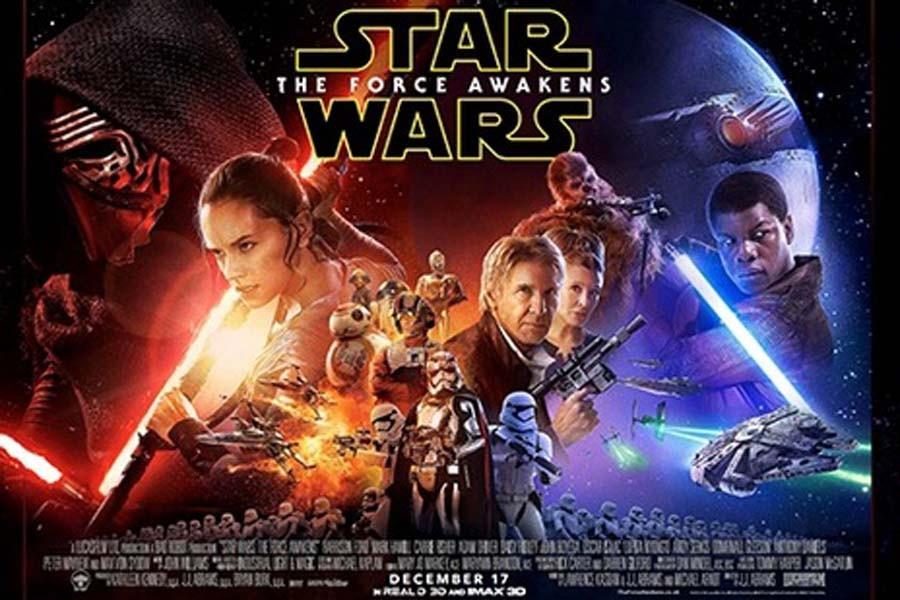 The “Star Wars” movies are one of the most successful and influential film franchises of all time. Many people can easily reminisce the very first time they watched “Star Wars” and witnessed the story of a galaxy far far away. So when it was announced that Disney had bought the “Star Wars” license and planned on making three more movies, many people were both excited about and concerned for the future of the beloved franchise.

Now that the first of the movies is available for the public to watch, it is safe to say that the series is in good hands. In “Star Wars: The Force Awakens,” director J.J. Abrams brings back the magic of the original movies thanks to the action, special effects, music, and characters found in this epic adventure.

Beloved characters from the original movies make gracious returns for this long-awaited sequel. While certain classic characters do appear more than others, they are each able to captivate the entire audience. The most memorable is the return of the scruffy looking nerf herder, Han Solo (Harrison Ford), and his walking carpet, Chewbacca (Peter Mayhew). Ford and Mayhew still prove that they still have what it takes to play the smuggling duo that boosted their careers decades ago while also adding new depths to their characters.

Yet this movie is really about the new characters rather than the old. Rey (Daisey Ridley) and Finn (John Boyega) both have what it takes to be able to lead an entirely new trilogy. Both characters initially start off with their own inner conflicts, but by chance encounters, they find themselves a part of a greater universe and go through a convincing character progression. Poe Dameron (Oscar Isaac) is a Resistance pilot who has a cool and heroic attitude that anyone would want to be buddies with. BB-8 is a droid that is just adorable and contains many lovable qualities that relate to another fan favorite droid, R2-D2.

While it is the heroes that the audience root for, the film’s main villain, Kylo Ren (Adam Driver), is probably the most compelling of the new characters. Kylo Ren initially starts off with a menacing appeal while dressed in a cool outfit and armed with a sweet crossguard-lightsaber. As the film progresses, the audience gets to learn more about this villain’s complex personality and interests. Kylo Ren is probably the most spellbinding antagonist since Darth Vader and is a good addition to the franchise’s already terrific lineup of villains.

In addition to dynamic new characters, there is also plenty of exciting action that follows the heroes on their adventure. All the action scenes are captivating to watch thanks to a strong use of camera work, choreography, and special effects. The action that the movie provides is probably better than any other seen in the previous films.

“Star Wars: The Force Awakens” also carries a great balance between practical effects and computer effects. In the previous movies, the use of practical effects, like puppets, models, animatronics, and costumes, has always outdone the needless computer effect in terms of quality. However, this is the first time that both effects are coherent with each other. Both effects are able to help create the droids, aliens, spaceships, and planets in order to capture the huge universe that is shown on screen.

John Williams returns once again to orchestrate the film’s score. Williams is a well-known composer for his musical influences among beloved films, including the original “Star Wars” trilogy. His music is just as iconic as the ensemble of “Star Wars,” so there would have been a great disturbance if he did not return. Williams is able to include familiar tunes while also adding new musical flare to the “Star Wars” universe.

Ultimately, this movie stays faithful to the “Star Wars” material. It is clear that director J.J. Abrams put so much “Star Wars” love into this movie, as it has everything that can be asked for in a “Star Wars” movie. This is an awesome start at a new trilogy that one should most definitely look forward to seeing.