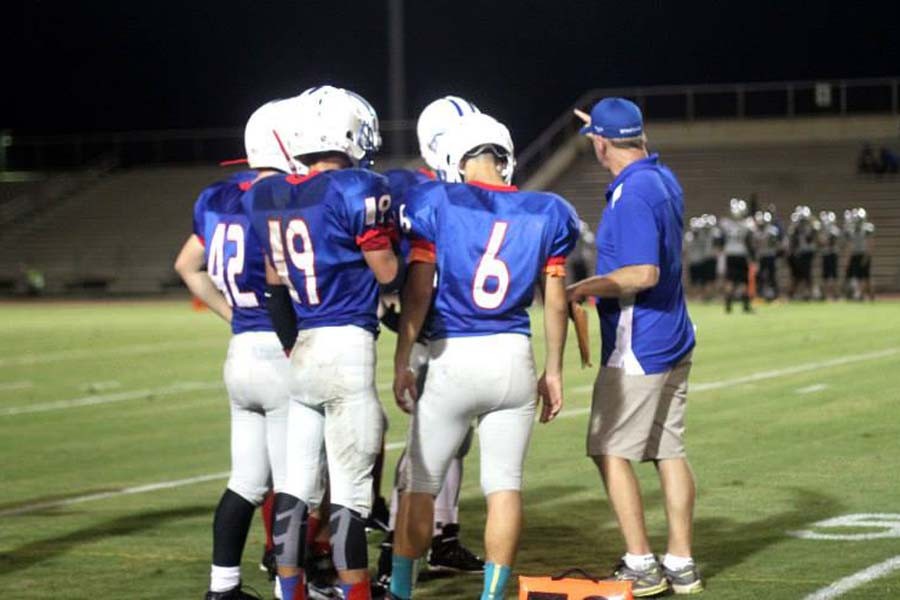 A new year, a new team, a new coach, and a new offense had the Seabury Hall eight-man football team dodging obstacles left and right this season.

The Spartans began with a rocky start, losing their first game in four seasons to their biggest rival, Moloka’i. Seabury Hall’s new dean of students and new head coach, Guy Batchelder said, “At some point, every high school, whether they are undefeated one year, two years or three are going to come to a point where they are going to get a loss. It is just high school football.”

That loss only brought motivation for the team to work harder throughout the season. Conditioning a couple days out of the week at the end of practice helped the team get ready for their final game, which was also against Moloka’i. Preparing for their comeback, senior co-captain Hobbs Weymouth stated, “We’ve changed our entire offense. Our whole team is different. We’ve changed a lot since the beginning of the year.”

Having a young team with few seniors really made some boys step up. Weymouth commented on someone he saw step up throughout the season, “I think Kili stepped up a lot. Having to be quarterback as a freshman is hard work.”

As the season progressed, they began to win more and more games. This brought the team closer as a family and they began to work harder. Watching the team throughout the season, senior co-captain Cole Christie stated, “This team has grown with heart and enthusiasm.”

The Moloka’i Farmers took the MIL title after the final game of the season on Saturday, Oct. 31, with a score of 55-16. After some harsh injuries dished to players on Seabury Hall’s team, energy on the field started to die down. Trying to hold it together, senior co-captain Christie scored the first touchdown in the beginning of the third quarter. Unfortunately, that was not enough to bring them back on top. The season ended leaving the Spartans with their first unclaimed MIL title in four seasons.

Junior Zachary Ferrier commented on their final game, “In all honesty, I felt we put in what we got out. In practice, we don’t really practice that many basic skills. However, I do think our hard work came out when we played on defense.”

A couple days after the game, Ferrier statesd “In all honestly I don’t think we deserved the outcome we got, with all the hard work we put in, everyone deserves to win. But Moloka’i was just better this year and they were just a bigger force than we were.”