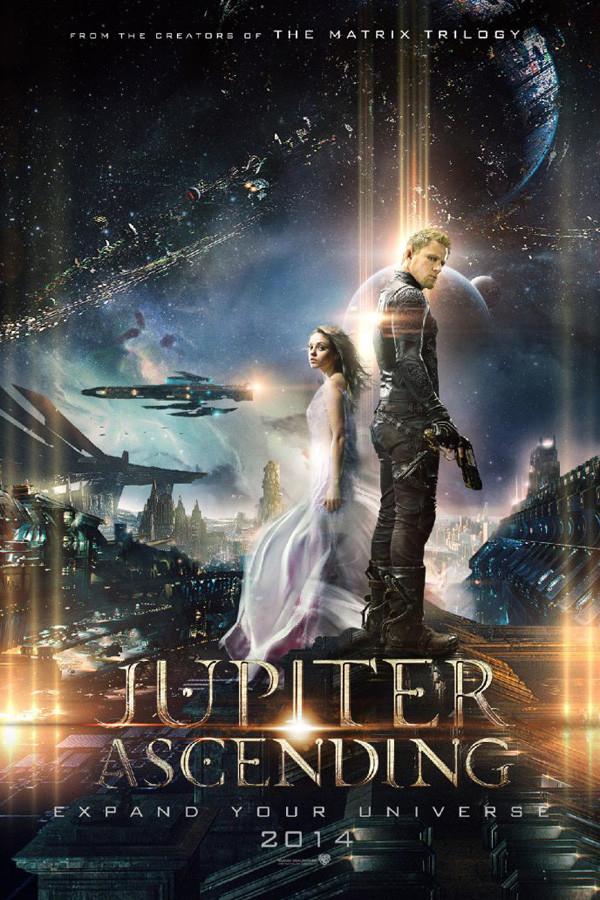 While “Jupiter Ascending” has incredible details that illustrate the majestic worlds of aliens outside of earth, the plot is a little confusing and can be hard to keep up with. The film has a very complex set of events that revolve around an unlucky girl who turns out to have more than she thinks. But, overall, “Jupiter Ascending” is a film to watch.

In the film, there are alien beings seemingly superior to humans on earth. These royal beings harvest countless other planets like Earth to produce a serum that allows them to live forever. This “harvesting” is the massacring of the people of a planet to keep the elite few young and healthy. Therefore, wealth, in this vast world, is measured by youth and time.

Jupiter Jones (Mila Kunis) plays a key role in the monopoly over planets that is controlled by the elite of the universe. One of the most powerful of these alien dynasties is the Abrasax family. After the matriarch of the royal family dies, her children find out that the planet Earth, one of the many planets owned by their mother, was meant to pass on to her reincarnation. This
reincarnation happens to be Jupiter (named after the large planet by her astronomy-loving father).

All three children, Balem (Eddie Redmayne), Kalique (Tuppence Middleton), and Titus (Douglas Booth) race to obtain Jupiter due to their selfish need to have the planet that is ready for harvesting. The siblings send their servants to capture Jupiter. Titus’s hunter, Caine Wise (Channing Tatum) acquires the girl’s interest. Caine is a “genetic splice,” with both wolf and human DNA.

Viewers will find themselves loving dogs almost as much as Jupiter does in this romantic science fiction movie. Caine’s loyalty and fearlessness has many falling for him. Tatum and Kunis play the role of star-crossed lovers well. Throughout the film, they face the conflict that comes with their difference in status and species.

Redmayne’s slow speech and menacing stare are exceptional for playing the role of the dramatic villain Balem. After every obstacle Jupiter faces in her quest to save earth, Balem seems to have yet another problem for her to face.

Many interesting theories are represented in this film. One being that the origin of human beings are from a planet that is not Earth. Jupiter is brought to a planet that is supposed to be the “home world” of human beings. When explaining the origin of the human race, Caine says, “It can be difficult for people from undeveloped worlds to hear that their planet is not the only inhabited planet.” This idea had viewers, like me, thinking about the universe and its vastness.

In “Jupiter Ascending,” the special effects are so spectacular that they are almost overwhelming. From descending into the hurricane winds of the great red spot on Jupiter, to the intricate planets of the wealthy. The costumes do a great job of showing the difference between humans on Earth and the extravagant royalty. Every detail, it seems, is meant to be in the movie.

Throughout the movie, the audience might find themselves lost in the abundance of complicated events, scenes, and details placed in the two-hour movie. It has a complex plot, so viewers might end up asking the person sitting next to them what they are missing. However, the movie comes together with a satisfying ending that will have you feeling nostalgic about life and its many complications.

Looking past the convoluted plot, “Jupiter Ascending” is definitely worth seeing. It is a delight to the eyes to see the effects and details of the extravagant faraway worlds in this film, surpassing most places on earth.