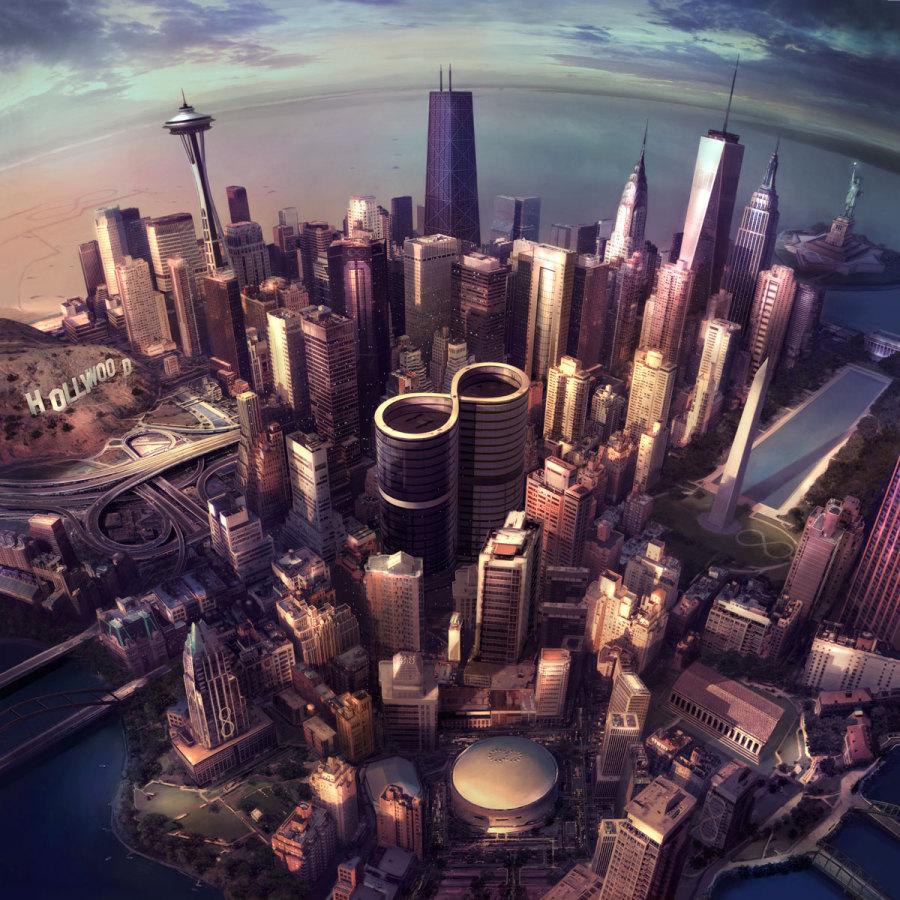 It has been almost three years since the Foo Fighters’s last album. This year, the band surprised everyone by announcing their new album “Sonic Highways.” This came as a shock as the band was on a supposed hiatus following their last album, “Wasting Light.” So when the new album was announced last February, the hype began to build.

The album is especially interesting because it features eight tracks that display a different style of rock for eight unique cities around the United States. The album features songs from cities such as Seattle, New Orleans, and Chicago. The first single from the album “Something From Nothing” was released on Oct. 16.

At first listen the album is a little strange. Each song has a very different flow and style that can be a bit jarring at first.

The album opens with “Something From Nothing,” a ferocious almost psychedelic alternative-rock song that is reminiscent of bands like The Smashing Pumpkins. Midway through the album, the sound changes to something a little more off beat and sporadic with “What Did I Do? / God as My Witness.” Finally, the album concludes with a powerful, seven-minute long ballad in “I Am a River.”

Due to its varying styles, the tone of the album is a big change from previous Foo Fighters’s work. This may come as a shock to most fans as this is a breakaway from the standard Foo Fighters’s tone.
Standout tracks from the record include “Congregation” and “In the Clear,” recorded in Nashville and New Orleans respectively.

“Congregation” was released as one of the four singles that preceded the album’s release. It features country music singer Zac Brown and carries more of a country tone compared to the general hard rock that is usually heard from band.

“In the Clear” is another slight change from the regular Foo Fighters’s sound. Interestingly, it features the New Orleans Preservation Hall Jazz Band. The song is about making it through hard times and is generally uplifting. It features a slightly, though not quite different tone. It still carries Pat Smear’s standard hard-crunching guitar as with previous work. However, it does an provide an ensemble sound with the inclusion of the jazz band.

Overall, the album is decent. It does have a certain novel appeal with its various tones and styles. However, the album has no drive that really puts it over the top. While most of the songs are good, none of the songs have top quality material that one would expect from the Foo Fighters.

“Sonic Highways” is also accompanied by an HBO television series of the same name. The documentary follows the Foo Fighters journey to eight popular studios throughout the country and how they used each city’s unique styles to record the new songs. Lead singer Dave Grohl describes both the album and the television series as “a love letter to the history of American music.” Each episode provides a history of the music of each area and city they visited.

If you are the type that is open to new styles and is generally more appreciative of music, then “Sonic Highways” may be for you. But if you are simply someone looking for a standard hard rock album then you may be disappointed.