Review: ‘Interstellar’: Just another sci-fi thriller with a complex plot 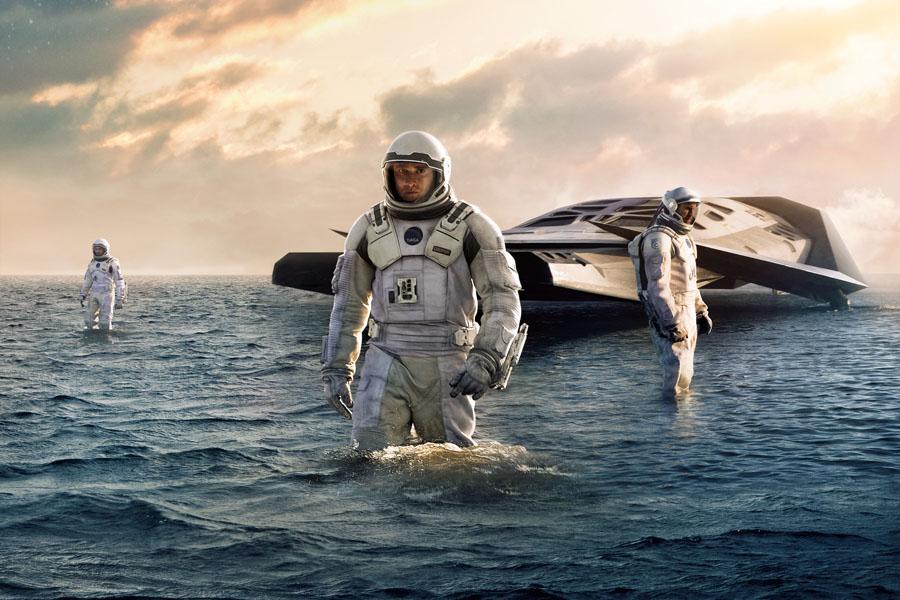 Christopher Nolan, who is often cited for his complex, thought-provoking thrillers, has struck again with the release of his new movie “Interstellar.” The motion picture, which is yet another apocalyptic movie about the earth slowly dying, is now out in theaters.

Screenwriters and authors love to write about the earth experiencing natural disasters, and Nolan does an amazing job at creating a visual for these horrifying ideas.

In addition to the famines, droughts, and natural disasters that most apocalyptic movies base their whole plots on, “Interstellar” introduces the idea of space travel to save Earth, which is on the verge of collapse and humanity is facing mass extinction. To avoid this disaster, scientists have learned of an opportunity in outer space to save mankind.

After discovering a gap that opened in the space-time continuum, scientists and explorers are determined to travel to a new dimension of space where there are new planets to inhabit.

As NASA pilot Cooper (Matthew McConaughey) enters the wormhole, his fellow pilot Romily (David Gyasi) explains what it exactly is. Shouldn’t this have been done before they were sent on a mission to save earth? Also, if Cooper is a genius pilot for NASA in the future, why does he not know what a wormhole is?

The major plot holes that exist in the storyline, along with the poorly developed characters, make “Interstellar” seem more like a poorly written joke than a blockbuster movie. “Interstellar” is certainly entertaining and full of intense scenes and special effects, but the flaws in the plot and characters take away from what it could have been.

The faults in the storyline cause “Interstellar” to become even more confusing than what it already is. Not only do the filmmakers try to overcomplicate the time-space relativity theory that the average viewer has no interest in, but they also add a ghost and super-evolved humans to the plot.

Matthew McConaughey, who is typically excellent, gets shorted with the flawed dialogue that makes his role less successful and makes it on the verge of a joke.

The music, which was done by Hans Zimmer, is too similar to his other soundtracks that he uses to successfully interrupt scenes. The soundtrack is great, but I feel it could have been toned down a bit so it does not sound like “Inception 2.0.”

The CGI and special effects do make up for all the confusing problems with the plot. The images of space travel and the different planets, especially the ocean planet, are really entertaining and well done.

“Interstellar” may not have the most thorough storyline, but it is definitely worth seeing if you like compelling special effects, epic CGI, and loud soundtracks. No matter how you view this movie, even if it may require a physics textbook, you will most likely leave feeling entertained and possibly with a headache from the overwhelming soundtrack.